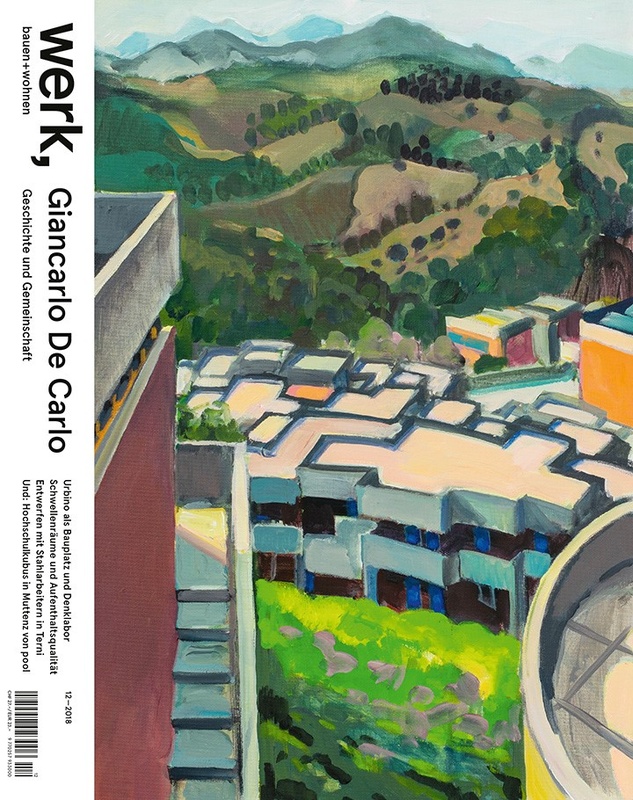 During the research work for this issue we met an astonishing number of architects in Switzerland who, in some form or other, have a connection to Giancarlo De Carlo: This might be due to the fact that, when students, they took part in one of the ILAU workshops in Urbino or attended the meetings of Team X, while a number knew the Italian architect personally.  De Carlo was one of the most influential architects in Italy in the past century. That many younger people have yet to discover his work is not surprising. It lies in what could be termed the blind spot of German Swiss tendencies, which are strongly in­fluenced by the thought of Aldo Rossi and the works of “neo­realist” Italians.
De Carlo, who was born in 1919 and died in 2005, is regarded as one of the most important representatives of participatory architecture. At a very early stage starting from a tendency, which was typical also of “Neorealism”, he began to incorporate the needs of ordinary peo­ple, the users of his architecture, in the design. That in this regard dialogue seemed to him a suitable means and that he did shy away from it has certainly to do with his anarchistic­liber­al attitude. Fundamental in this regard was De Carlo's great interest in negotiating and his commitement to self­initiative. Participation can contribute to a better architecture contradicts a widespread prejudice. The methods that De Carlo developed for the design of his best­known housing projects differ in several re­spects from the current practice of participatory processes and are strongly shaped by key terms such as “scientific character” and “progress”. All the same, today they offer a view of the ques­tion about the relationship between process and form, society and architecture. For De Carlo both belonged indissolubly together, in his prac­tice of architecture he searched for ways out of autonomy. That, in the process, negotiating and designing should also be entertaining, creative and “a road to joy”, one sees in his buildings’ enormous spatial quality. It is,  therefore, high time to take a look in the rear­view mirror. — Tibor Joanelly, Roland Züger