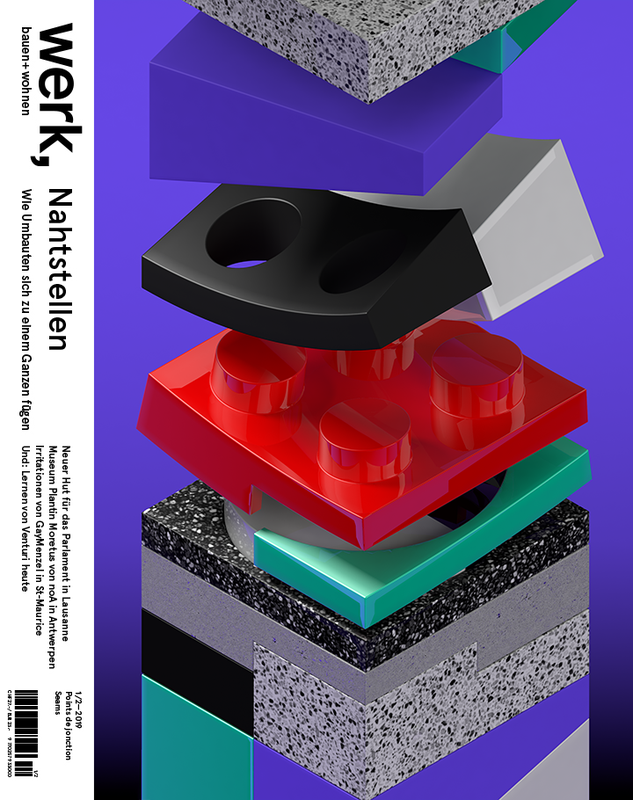 The Dialectics of Continuation

“Everything is conversion”, Viennese architect Hermann Czech said in 1973 and by this he meant not only the care of individual historical buildings but indeed the entire spectrum covered by the work of an architect (see wbw 3–1998).
In preparing this issue, we needed criteria that would enable us to make a selection from the overwhelming amount of important conversions and, as is so often the case, a single building provided us with these: the small group of the Maisons Duc in Saint-Maurice. To the remnants of a historical group of houses the architects Gay Menzel added a building volume of a similar size. In doing this they did not clearly distinguish the new from the old but, by engaging in a dialogue in which the diﬀerent temporal layers are mixed, the new also provides a new interpretation of the old. Their work becomes interesting and explanatory at the seams, where old and new touch each other.
The overlaying achieved is plausible because the extension continues the concept of the old house and also conceives it in a new way, making both into a new whole. As Martin Boesch writes in his essay the basic requirement for an approach of this kind is a sensitive understanding of what already exists even, and especially, if this is not already  deﬁned and prescribed by conservationists and legislation.
What interests us about the conversion projects in this issue is the structural understanding of the old building fabric, whose own life, in some cases secret, becomes visible through a new function or the measures required to preserve it. The buildings presented have, so to speak, been brought to life by new demands and the interventions they necessitate, and as a result, they ﬁrst appear on our conversion radar.
And so, each of the projects presented here is a distinct personality, is worked out caso per caso, as Martin Boesch writes, case by case, room by room, detail by detail. This is what Czech means by the statement quoted initially: it is al-ways the speciﬁc that makes designing interesting and that anchors it in an architectural culture. — Tibor Joanelly, Daniel Kurz